When last I left you on the baseball stage, the Houston Astros were putting the finishing touches on their first ever World Series Championship. Houston walked away with the Commissioner’s Trophy after an epic seven game World Series victory over the Los Angeles Dodgers.

After an interesting winter, baseball returned two weeks ago when players arrived at training camps in Florida and Arizona. This has always been a beacon of warmer and lighter days on the horizon. Nothing says that the laid back days of summer is on its way like the beginning of Spring Training! 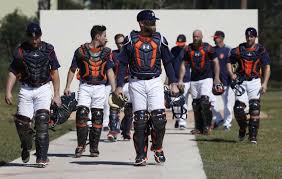 Once the streets of Houston had been cleaned up following the Astros victory parade, the focus turned to the new ownership of the Miami Marlins. Following the regular season, the Marlins were sold to an ownership group led by businessman Bruce Sherman and future Hall of Famer Derek Jeter. The Marlins fan base busted into celebration upon hearing the news that Jeffrey Loria would be leaving the South Florida sports scene.

The celebration wouldn’t last long, however. Jeter, who is handling the baseball side of the business took over and cleaned house. Marlins icons Jeff Conine, Tony Perez, Jack McKeon and Andre Dawson were all given the choice of taking lesser roles in the new organization or being relieved of their duties. All four opted to leave the organization, and longtime television voice Rich Waltz would be next on the chopping block. Needless to say, Jeter went from hero to villain very quickly. This, however was a mere preamble to what was to come. 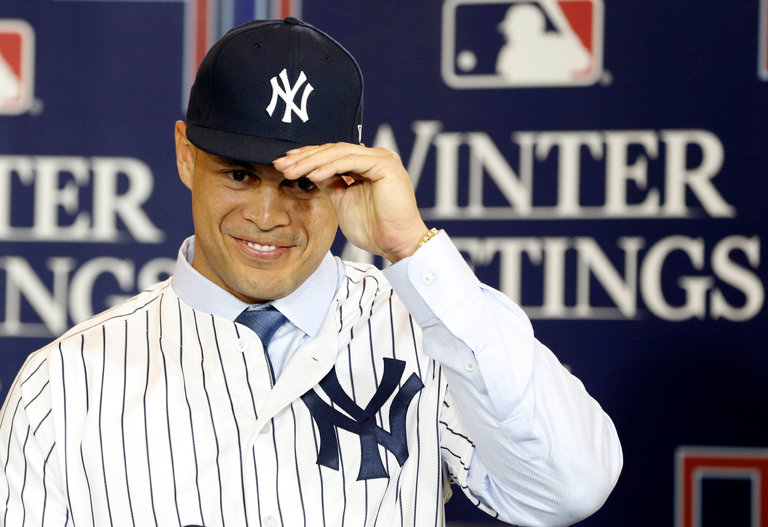 Giancarlo Stanton was dealt by the Miami Marlins to the New York Yankees in early December.

Just before Christmas, National League Most Valuable Player Giancarlo Stanton was traded to the New York Yankees in exchange for infielder Starlin Castro and two prospects, including pitcher Jose Guzman. Keep Guzman in the back of your mind for now.

As if the departure of Stanton, his MVP season and his 59 home runs wasn’t enough, Jeter’s pre-holiday shopping wasn’t done. A few days later, left fielder Marcell Ozuna was traded to the St. Louis Cardinals for a package of prospects. This haul was headlined by pitcher Sandy Alcantara and outfielder Magneuris Sierra. Again, put these two names along side Jose Guzman.

Marcell Ozuna was dealt by the Marlins to the St. Louis Cardinals a few days after Stanton went to New York.

Following the two blockbuster deals center-fielder Christian Yelich expressed his displeasure regarding the departure of Stanton and Ozuna. Yelich wanted no part of a rebuild and wanted out. Jeter wanted to keep Yelich as part of the new world order in Marlindom but following the holidays he began shopping him. In late January the final piece of arguably the best outfield in the National League was shipped to the Milwaukee Brewers. The centerpiece of the deal was outfielder Lewis Brinson. Brinson, a Broward County native is one of the top prospects in baseball. 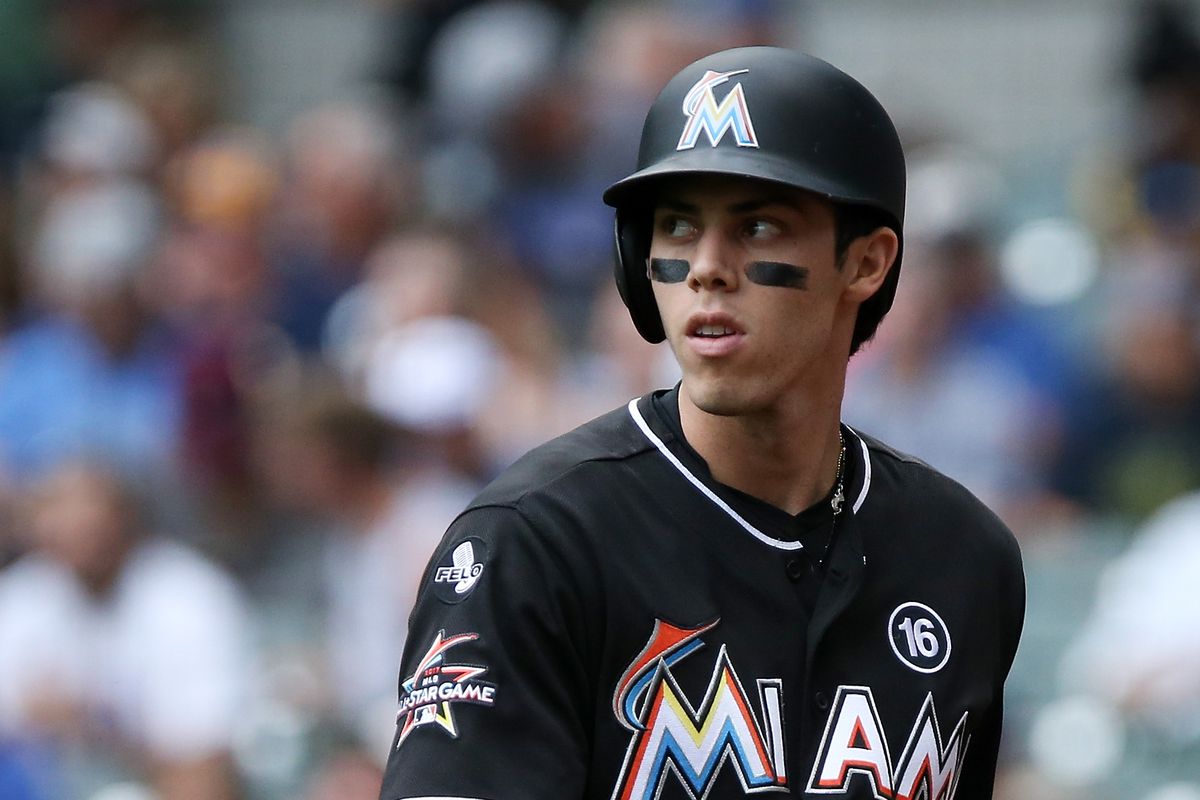 Christian Yelich was dealt to Milwaukee in late January.

Prior to the outfield purge, stolen base champion Dee Gordon was traded to the Seattle Mariners for a prospect package headlined by pitcher Nick Neidert.

The outrage rang from Homestead to Jupiter. What is Jeter doing? Why is he parting with most of the pieces of a team that finished in second place and really just needed some pitching?

I have to admit that I joined the outrage at first, until I actually heard the Captain out.

First off, the huge contract that Loria strapped the new owners with is simply unrealistic. Here’s a bit of advice to Yankee fans, don’t get used to the new generation of the M&M Boys. The toxic 13 year contract that Loria signed Stanton to will continue to escalate in value. He will get insanely expensive in the next few years. Nobody will be able to keep a competitive payroll with Stanton’s contract in the middle of it.

Secondly, Loria left town with an organization in tatters. The big club did include arguably the best player in baseball, and the top outfield in the National League. Dee Gordon is one of the top catalysts in baseball, Justin Bour and JT Realmuto are both rising stars. Beyond that facade Loria left the Marlins strapped. Following the tragic death of Jose Fernandez the pitching staff became average to below average. There was nothing in the tank in a once loaded farm system.

The Marlins, despite the rising offense, still finished eight games below .500 in 2017. The second place finish in the National League East was very deceiving since they finished a full 20 games behind division champion Washington. The franchise has not had a winning season since 2009.

Since Jeter appeared on the scene in South Florida he has been preaching building an organization from the bottom up. Let’s take all those names that were put to the side earlier and see what he accomplished.

Starlin Castro, who was not too thrilled about his new team at first, looked and saw for himself what he was working with. The former Yankee all-star was very impressed. Alcantara, Guzman and Neidert are all top pitching prospects. Alcantara could be the Marlins ace in the next couple of years.

Sierra could be in the starting lineup on Opening Day, and could be the next Dee Gordon with a little more power. Finally, the crown jewel of the South Beach haul has to be Lewis Brinson. The Coral Springs native is Major League ready and is expected to be the centerpiece of the heart of the Marlins order alongside Bour and Realmuto.

My message to my fellow Marlins fans, yes we’ve been through this more times than most fans, but take heart, Jeter means business. He’s in this for the long haul. Get used to the names folks, unlike the Huizinga, Henry, and Loria years, this is the beginning of something permanent. Embrace this new squad, you’re going to like what you are about to see. These guys are here to stay!