As we approach the Memorial Day weekend, and the two month benchmark of the Major League season, there have been some interesting developments in Major League Baseball.

In New York, the boys from Queens were supposed to be the story this year. This proved to be just the opposite in the early going.  The Yankees find themselves atop the American League East with a two game lead over the Baltimore Orioles.  The Mets however are in third place and currently five games under .500.  By the way, they find themselves behind the Atlanta Braves who are surprisingly in second (albeit with a 20-23 mark),

The Washington Nationals appear to be running away with the National League East.  They currently hold a 6 1/2 game lead over the Braves. 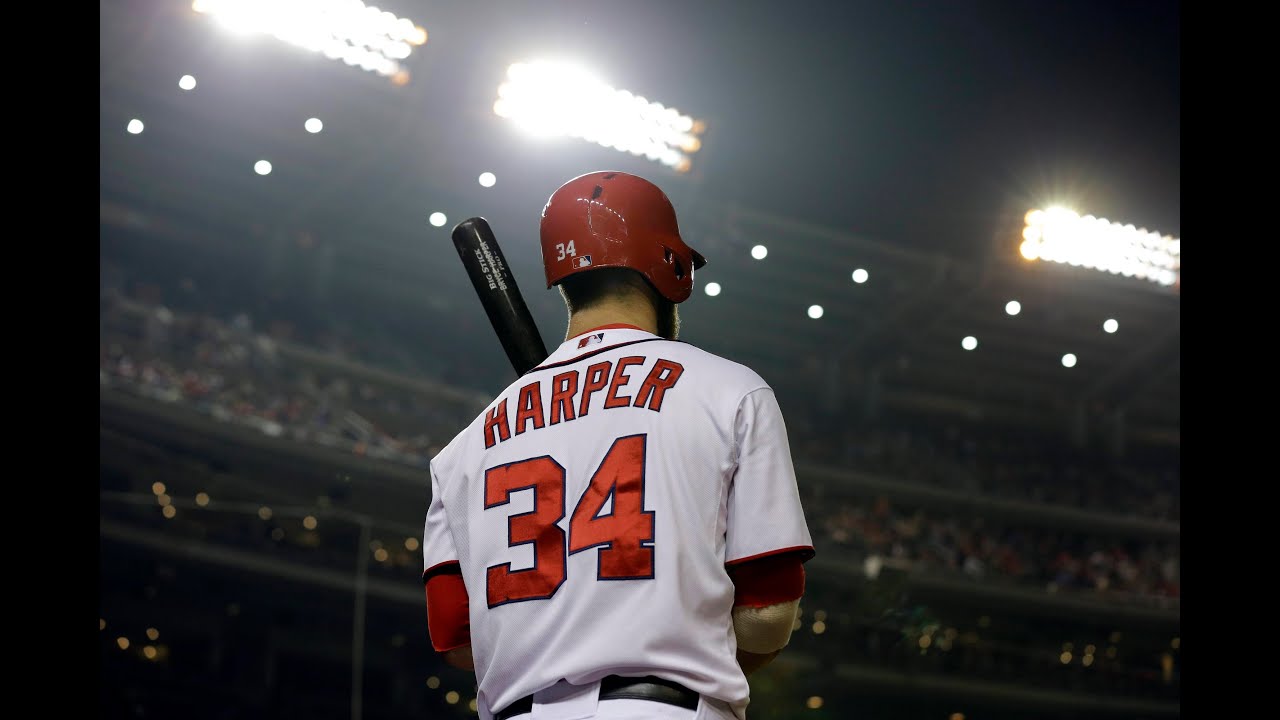 Bryce Harper and the Washington Nationals lead the National League East by 6 1/2 games.

The Nationals first place position was expected when the season began.  The other two divisions in the National League have surprising leaders.  The defending World Series champion Chicago Cubs currently find themselves in third place, one percentage point behind the second place St. Louis Cardinals in the NL Central.  The team on top as of this writing are the Milwaukee Brewers.  The Brew Crew leads the Cards and Cubs by 1 game.

While the Brewers are the surprise in the Central Division, the leaders in the West is a total shock to this writer.  Where did the Colorado Rockies and Arizona Diamondbacks come from?  The Rockies currently own the best record in the National League at 30-17, the Diamondbacks sit two games behind them.  The disappointment in the NL West has to be the San Francisco Giants.  The Giants, who were supposed to battle the Los Angeles Dodgers for western supremacy are currently in fourth place, 10 games off the pace.

The Houston Astros were favored to win the American League Western Division by most predictors prior to the season.  At 31-15, Houston currently owns the best mark in all of Major League Baseball.

The Houston Astros are off to the best start in baseball.

The other division leaders in the American League are both surprises.  The aforementioned Yankees were supposed to be buried behind Baltimore, Toronto, and Boston, yet they lead the East.  The Blue Jays currently reside in the AL East cellar with a 21-26 mark on the heals of a horrible April.

In the American League Central the surprising Minnesota Twins are currently on top.  What’s even more crazy is the fall of the Kansas City Royals.  The 2014 American League Champions, as well as the 2015 World Series Champs currently own the worst record in the Junior Circuit.  My projected World Series Champs, the Cleveland Indians are a game and a half behind the Twins.

Yes, I know it’s not quite Memorial Day, and it’s a long way to October, but it has been an interesting start to the 2017 season.

My questions at this juncture are:

Will the Rockies, Brewers, and Twins keep it up?

Will the Cubs rebound before it’s too late?

Are the Boys from The Bronx on a mission to regain New York?

Only time will tell!  Next progress report will be on Wednesday July 5.