Now that Sunday’s epic Super Bowl is behind us and the Patriots have partied with their fans, it’s time to turn the page.  Since the National Football League settled on the first Sunday in February to stage it’s championship, it became the perfect lead in to Spring Training.

The transition from football to baseball has become a new tradition on social media.  In the waning moments of the past few Super Bowls, baseball fans post and tweet about how many days it is until pitchers and catchers report.  Major League Baseball, and the teams themselves also take to Facebook and Twitter.

Growing up in Queens Spring Training brought on a different dimension.  Hearing Bob Murphy’s voice on the radio signaled the end of a long cold winter.  Never mind the fact that he was in Florida and it was still wintry in New York.  Murphy’s voice brought about a calm and a warmth that made me think of longer days and nicer weather.  It was a beacon of Spring, a rite of passage that warmer and lighter days were right around the corner.

Now that I call South Florida home, February means that baseball begins in my backyard.  Next week pitchers and catchers will convene in Florida and Arizona.  All over both states winter will symbolically end.  The pop of the glove will be heard from Tampa to Port St. Lucie, from Disney World to West Palm Beach.  The desert that houses the greater Phoenix area will also be alive with the sound of baseball!  Soon after, it will be time for the Grapefruit and Cactus Leagues to open for business.

A bucket list item for any baseball fan is a trip to either of these two states.  I highly recommend touring the back fields of a team’s training camp.  In a park-like setting you can watch the players go through drills, you can see the pitchers honing their skills in the expanded bullpens.  It’s the best way to meet and greet players.  Most players are available for autographs!  The best thing about this is the price, morning workouts are free and open to the public. 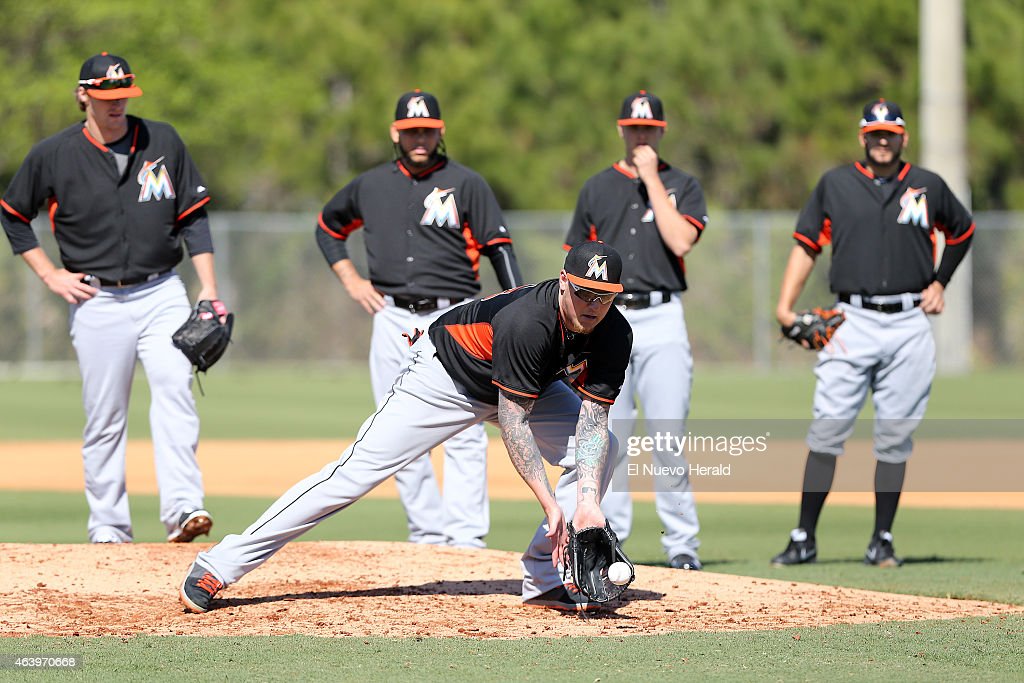 The back fields are also the site of “B” games in which younger players, or older invitees play in front of the teams brain trust. These games are almost like an audition for those who may or may not make the opening day roster.  They are played in a very informal setting that is almost Little League like.  In 2004 I experienced a thrill of a lifetime at one of these games.  It was at Roger Dean Stadium in Jupiter, Florida (Spring home of the Marlins and Cardinals), the Marlins were hosting the Mets (who train about an hour up I-95 in Port St. Lucie).  Marlins manager Jack McKeon approached my son and asked him if he would like to be a ball boy!  After my son got settled he was sitting on an upside down sunflower seed pail near the on-deck circle with a few new friends.  Oh and by the way his new buddies were named Jack McKeon, Bill Robinson, and Tony Perez!

As Bob used to say, buckle your seatbelts, and get ready for a ride that starts in Florida and Arizona, goes 162 regular season games and into October!  Will there be another epic season full of surprises like last year?  Only time will tell.

The calendar has turned the page, and the season has changed in the sports world.  The sound of the quarterback calling signals has given way to the pop of the glove and the crack of the bat!  It won’t be long until we hear those wonderful two words “Play Ball!”